Through the Window Out the Door 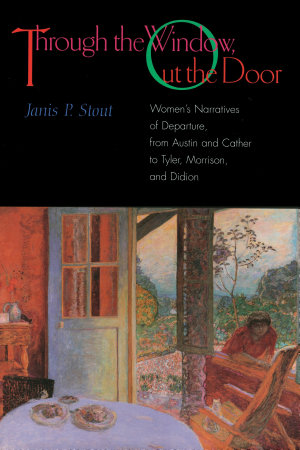 GET BOOK
Through the Window Out the Door Book Description:

This informative and provocative study focuses on the centrality of departure in the texts of five major American women novelists. An important moment in many novels and poems by American women writers occurs when a central character looks out a window or walks out the door of a house. These acts of departure serve to convey such values as the rejection of constraining social patterns, the search for individual fulfillment, and the entry into the political. Janis Stout examines such moments and related patterns of venture and travel in the fiction of five major American novelists of the 20th century: Mary Austin, Willa Cather, Anne Tyler, Toni Morrison, and Joan Didion. Stout views these five writers within a spectrum of narrative engagements with issues of home and departure--a spectrum anchored at one end by Sarah Orne Jewett and at the other by Marilynne Robinson, whose Housekeeping posits a vision of female transience. Through the Window, Out the Door ranges over an expansive territory. Moving between texts as well as between texts and contexts, Stout shows how women writers have envisioned the walls of physical and social structures (including genres) as permeable boundaries, drawing on both a rhetoric of liberation and a rhetoric of domesticity to construct narrative arguments for women's right to move freely between the two. Stout concludes with a personal essay on the dilemmas of domesticity and the ambivalence of departure.