"This is the first thorough study of the ArtScroll publishing 'phenomenon,' which is a major force in contemporary English-speaking Jewish life. It is deeply and richly informed by interdisciplinary work on semiotics, textuality and mediation. It will be quite useful to those working in areas such as religion and media, contemporary Jewish studies, history of print, sociology of religion, and American religion. And it should fascinate those who are regular if not always uncritical users of ArtScroll publications."--Jonathan Boyarin, University of North Carolina Chapel Hill "With stunning clarity, wit and originality, Jeremy Stolow takes us into the deeply influential but largely unexplored world of ArtScroll, a company that has cornered the market on the publishing of Orthodox religious prayer books, as well as a host of related works from cookbooks to self-help texts. With ethnographic and scholarly skill, and his characteristic attention to both detail and the big picture, Stolow reveals a social universe that is astonishingly complex, political and profitable. This inviting and groundbreaking book is a remarkable contribution to the fields of religion, media studies, and Judaic studies."--Faye Ginsburg, New York University "Destined to become the classical study of print, piety and politics in the digital age, Orthodox by Design will force us to rethink many taken-for-granted assumptions about globalization, secularization and orthodoxy. A comprehensive investigation of global publishing, it offers fresh insight into the politics of translation, the emergence of a Jewish public sphere and the expanding influence of Haredi intellectuals."--Bryan S. Turner, editor of The Routledge International Handbook of Globalization Studies "Orthodox by Design is a singular contribution to Jewish studies and the emergent field of religion and media. Stolow's masterful account of the Artscroll enterprise and its reception shows how materiality and media matter in the formation of religious sensibilities, practices, and everyday life in the contemporary world."--Elizabeth A. Castelli, author of Martyrdom and Memory: Early Christian Culture Making "This carefully crafted, imaginative study of Artscroll offers a theoretically powerful perspective on the limitations of textual approaches of 'book religions.' Its relevance far exceeds the field of Jewish studies. I am thrilled by Stolow's deployment of 'design' as a key theoretical concept that leads beyond usual oppositions of spirit/matter, content/form or message/medium. Located at the intersection of religious studies, media studies and social sciences, Orthodox by Design is an outstanding, path-breaking intervention in broader debates about religion, media and materiality."--Birgit Meyer, author of Aesthetic Formations: Media, Religion and the Senses 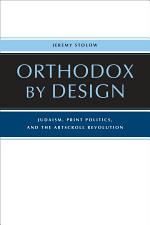 Authors: Jeremy Stolow
Categories: Language Arts & Disciplines
"This is the first thorough study of the ArtScroll publishing 'phenomenon,' which is a major force in contemporary English-speaking Jewish life. It is deeply and richly informed by interdisciplinary work on semiotics, textuality and mediation. It will be quite useful to those working in areas such as religion and media, 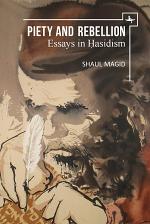 Authors: Shaul Magid
Categories: Religion
Piety and Rebellion examines the span of the Hasidic textual tradition from its earliest phases to the 20th century. The essays collected in this volume focus on the tension between Hasidic fidelity to tradition and its rebellious attempt to push the devotional life beyond the borders of conventional religious practice. 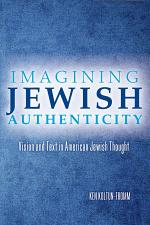 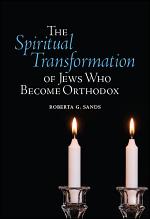 The Spiritual Transformation of Jews Who Become Orthodox

Authors: Roberta G. Sands
Categories: Religion
A psychological study, based on extensive interview data, of Jewish adults who take on a devout lifestyle. Spiritual transformation is the process of changing one’s beliefs, values, attitudes, and everyday behaviors related to a transcendent experience or higher power. Jewish adults who adopt Orthodoxy provide a clear example of spiritual 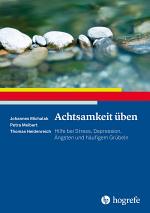 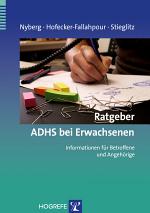 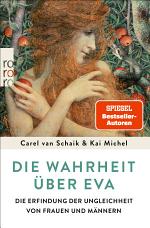 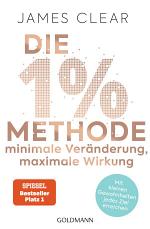 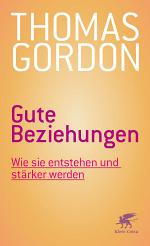 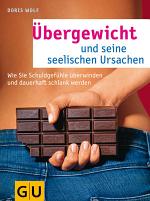 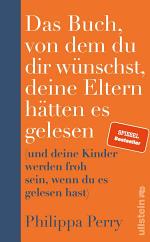 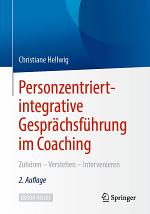